We use cookies to collect information about how you use www.fenwicksbike.com. We use this information to make the website work as well as possible and improve our services. 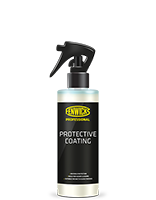 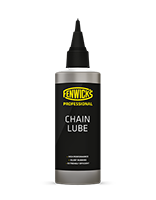 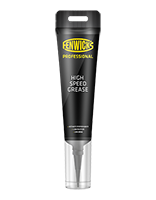 Poole added the title to the Fensham Howes - MAS Design Team’s growing summer haul with an impressive display over the three days in the Somerset hills. Poole took the stage win in day one’s prologue time trial, came in third in day two’s sprinters stage and added a fourth place in Sunday’s final stage to win the overall classification by 0:25 seconds from Jake Crossley (Tofauti Everyone Active) and 0:38 seconds from fellow team mate Aidan Lawrence.

The final stage of the Tour of Mendip, a tough, demanding hilly stage containing 2 climbs of Blagdon Hill and four ascents of the formidable Harptree Hill, saw the peloton split early across the course. A small group of 10 riders would break early but by the second passing of Blagdon village that number had diminished to 6.

Ultimately, Tyler Hannay (Utmost IOM Junior Cycling Team) would break away from his compatriots in a solo move which would, moving into the closing stages, have a 3-minute lead on his chasers. In the final few miles, the chasers closed and, at the foot of Harptree Hill with the finishing line in sight, they agonisingly caught Hannay as the effects of being in the break for 50km started to take it’s toll.

It was Mattie Dodd (Backstedt Bike Performance RC) with enough reserves in the tank who powered away from the rest to cross the line and claim the stage win 0:18 seconds ahead of Joshua Golliker (trainSharp Development team). Aiden Lawrence (Fensham Howes - MAS Design) won the bunch sprint for third ahead of fellow teammate and GC winner Max Poole, with Hannay digging deep to cross in 4th place.

The morning’s inaugural Junior Women’s Tour of Mendip saw a commanding performance by the Tofauti Everyone Active team winning both the stage and General Classification prizes.

A five rider break formed on the first big climb of the morning straight out of the Race HQ, with four Tofauti riders and Sannah Zaman of Panagua CC making up the group. It proved to be a long 50km winning break with Ella Maclean-Howell taking the stage win from teammates Eilidh Shaw and Morven Yeoman to make it a Tofauti 1,2,3 on the podium.

Grace Castle took fifth and with Connie McLaughlin winning the battle of the peloton behind for 6th to make it a hugely successful weekend for the Tofauti Everyone Active team also taking the first four places in the General Classification with Eilidh Shaw taking the honours by 0:23 seconds from Morven Yeoman in second and stage winner Ella Maclean-Howell in third.

Fenwick's would like to thank David Partridge for the images and race report - also published on the British Cycling website.

Added to your basket